Posted on September 9, 2015 by pifsccred

Let us begin with the “why”…

At the request of the U.S. Agency for International Development, the NOAA Fisheries’ Ecosystem Approach to Fisheries Management (EAFM) team has been working with colleagues in Indonesia since 2011 to help improve the country’s fisheries management. During this time, NOAA Fisheries and partners have been striving to find the best ways to communicate “why” Indonesia (and other countries) would want to move toward an EAFM—a more holistic way of managing fisheries that balances the needs (and impacts) of the people with that of the environment through good governance.

Each time we have visited Indonesia, we have seen the “why” firsthand. We have seen it in every man, woman and child. Whether rich or incredibly poor, no matter the religion or background, from local community to national government, we have always been greeted with genuine smiles and a sense of welcome. As an archipelagic nation with a rapidly growing population, Indonesia’s remarkable people rely on their fisheries in so many ways. Seeing those smiles and all of the poverty (yet hope), watching how hard they work to feed their families, and seeing just how much they rely on the fisheries for their food security and livelihoods—that is the “why.”

Of course, there are many other reasons behind the “why,” such as—what about that delicious fish you ate the other night? Chances are, it may very well have come from Indonesia, which is the second largest fisheries nation in terms of production and a growing exporter of fisheries products to the United States. With demands for fisheries products increasing worldwide and our current abilities to meet them unsustainable, this does not only impact Indonesia, but other countries including the U.S. And to give yet another reason, let’s take a brief glimpse underwater. As part of the Coral Triangle, Indonesia has some of the highest biological diversity of marine species in the world. Its amazing diversity is almost magical—enough said. One could go on and on in terms of the “why.” 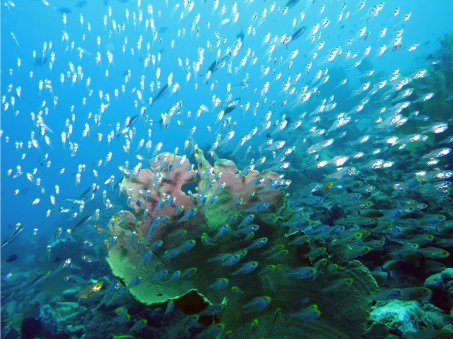 The problem is, the “why” is being severely impacted, from the individual people and their communities, to fish sizes and abundance, to the complex and diverse habitats that the fish rely on. This is where Indonesia’s Ministry of Marine Affairs and Fisheries (MMAF) has asked for help and where NOAA’s assistance comes in. The Indonesian government is working with NOAA to improve its fisheries management toward improved food security, livelihoods, sustainability, economic gain, and biodiversity conservation through an EAFM. When we first started coming to Indonesia, nationwide fisheries management was severely limited and we were discouraged to even speak the words “ecosystem approach to fisheries management.”

Under the leadership and vision of Pak Gellwyn Jusuf, Director General of Capture Fisheries, Pak Aryo Hanggono, Director of Fisheries Resources at the time (now Senior Advisor to the Minister of Marine Affairs and Fisheries, Ibu Susi Pudjiastuti), his predecessor, Pak Toni Ruchimat, and their dedicated staff led by Ibu Erni Widjajanti, times are changing. With assistance from Indonesia’s EAFM National Working Group and partners, bolstered by NOAA’s technical assistance, Indonesia can now proudly say that they have developed 11 fisheries management plans (RPPs), spanning the entire nation and based largely on an EAFM. They further plan to increase stakeholder engagement and adapt the plans as they continue moving forward with implementation. But it doesn’t stop there! To support implementation and adaptation of the RPPs and future fisheries management needs nationwide, MMAF is now working toward development of Regional Fisheries Commissions, based on the U.S. Fisheries Management Council structure.

Pak Aryo Hanggono, Senior Advisor to the Minister of Marine Affairs and Fisheries.

From August 19–24, NOAA Fisheries’ Rusty Brainard, Wesley Patrick, and Megan Moews-Asher met with Pak Aryo Hanggono and staff, the EAFM National Working Group, the Indonesia Marine and Climate Support Project, USAID, and partners to discuss the development of Indonesia’s fisheries management governance structure. Among the examples provided during the workshop, the NOAA team presented the history, development, and lessons learned from the U.S. Fisheries Management Council system, its process and supporting structures. As a result of these discussions, the workshop participants, led by Pak Aryo and Ibu Erni, developed a structure similar to the U.S. Council system, but more applicable to Indonesia, to present to the Director General of Capture Fisheries and in anticipation of obtaining a future Ministerial Decree. The development of four Regional Fisheries Commissions across the nation will be yet another big and exciting step forward in improving fisheries management in Indonesia.

A key element of the Commission structure will be the inclusion of important stakeholders, not only from national and provincial governments (including other directorates and ministries), but also representatives from small and large-scale fisheries, non-governmental organizations, and even traditional leaders. These stakeholders will collaborate on the development of fisheries management plans, decision-making, and co-management for each region. They also plan to include advisory groups and public consultation throughout the process—another important step forward.

We have since learned that Director General Pak Gellwyn “gave high appreciation on regionalization of Indonesia’s fisheries management areas and the design of the proposed commission structure.” Furthermore, led by the spirited and resilient Ibu Erni, a roadmap to begin this process has already been drafted. They have a long road ahead of them, but thanks to the hard work of many dedicated partners, Indonesia is making great strides toward sustainable fisheries management. 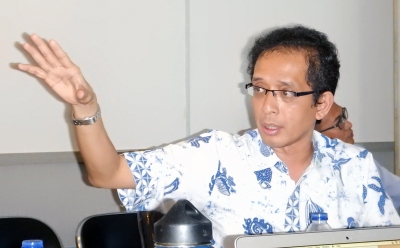 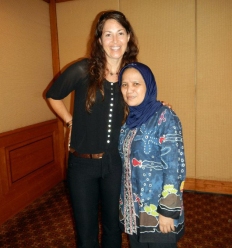 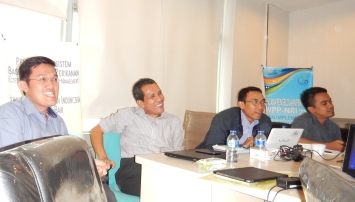 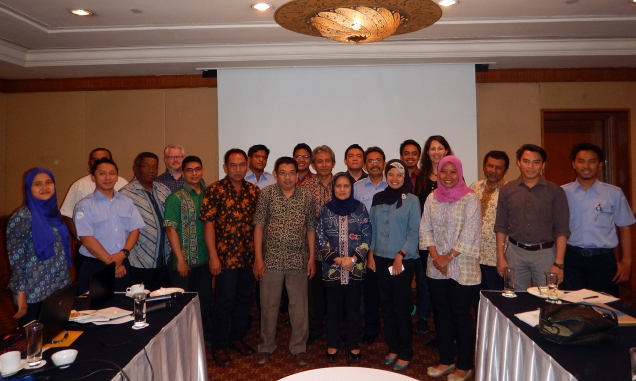